Our clients' feedback on Lardi-Trans

2008 was the time of extremely difficult challenges, also in economy. However, it had not stoped the partners. The first office we rented was a very small room of 12m2 on the last floor of the hotel - restaurant complex, in which we could hardly place two computer tables and a shelf for documents. 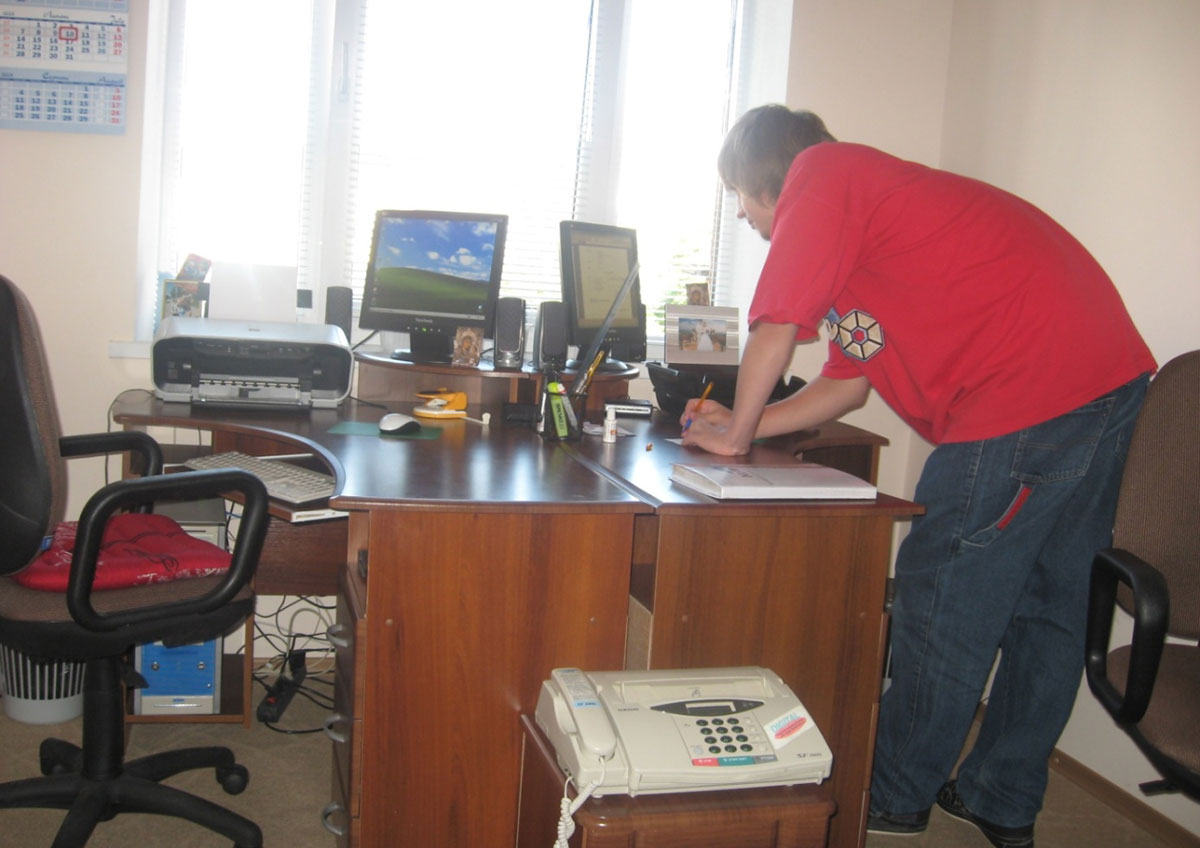 Our company was established as transport-forwarding company. First year owners worked alone trying to recommend themselves, to get trust of partners and create start-up capital.

The first vehicle of the company was a Renault truck, purchased in the same year. Two employees were hired – a driver and an accountant. 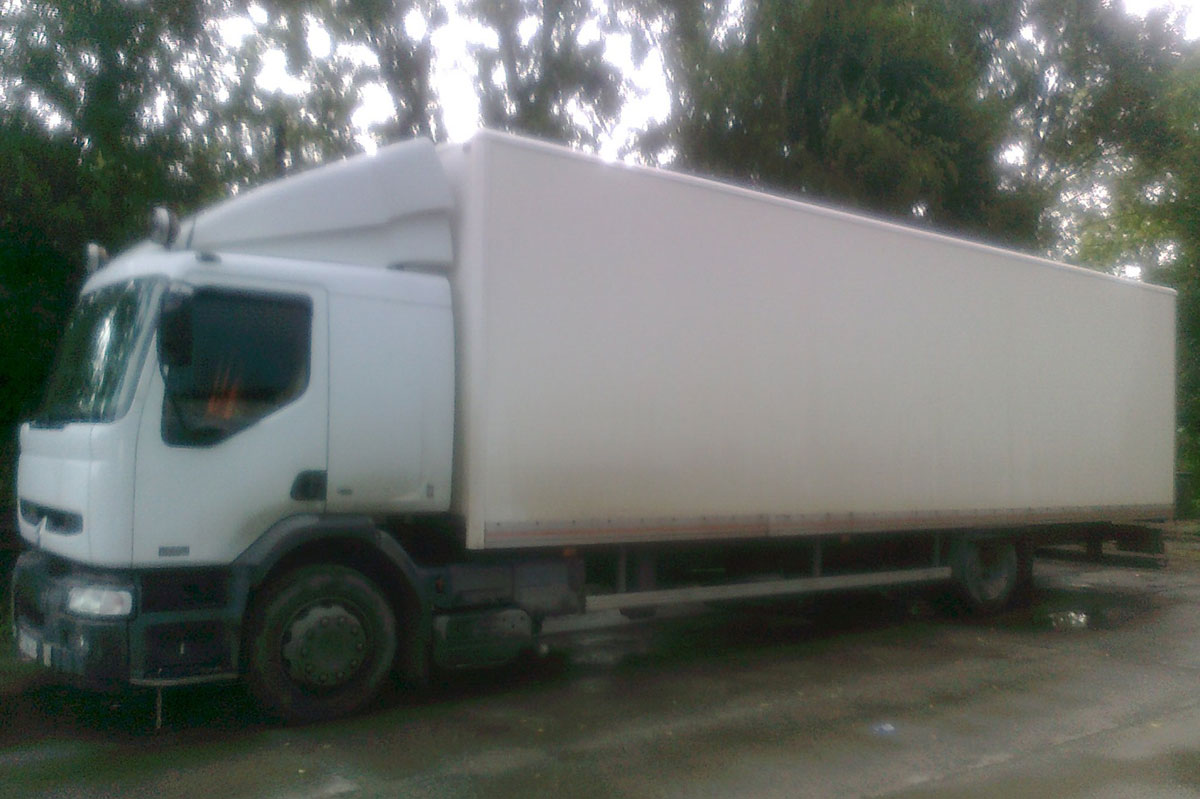 Working persistently, we step by step expanded our capacity. The clients base increased dramatically and in 2009 we decided to open the subsidiary company “RIO-Logistik”, exclusively for serving the logistic direction of our activities. We were able to perceive quick growth of logistics after crisis of 2008, and thanks to persistent work we could raise our business to the new levels.

Expanding our capacity, in 2010 we purchased a truck MAN with 90 m3 semitrailer. During this period MAN was defined as the base brand for expansion of the company’s vehicle park. The quantity of employees was again increased.

In 2011 one more truck MAN was bought. That year we became the members of the Association of International Road Carriers of Ukraine. It allowed us to work in TIR system, that extremely increased our possibilities.

In 2012 we bought an area with ruined building of a pumping station in Kalush and started the construction of an office - garage building. The dream of the own office began to be implemented.

In 2016 we finally moved to a new office with its own repair area and garage for trucks. With new forces the company continued to increase its power in all spheres. Also many new employees were hired.

In 2018 our company doubled the size of own office space, all drivers and management of the company were trained and licensed for transporting of dangerous goods (ADR). Also, was founded the company “RIO Trans Polska Sp.z.o.o.”, which helped us to increase the amount of polish transport involved in transportation.

In 2019 we opened an office in Odessa to carry out sea, air and railway cargo transportation.

As for 2020, the enterprice already has 15 trucks MAN and office building with a total area of 1400m2. The company also has more than 300 corporate clients in its portfolio, for which performs the whole range of logistics services. We carry out all kinds of cargo transportation in the international connection and on the territory of Ukraine. We have carried out an incredible number of transportations to all corners of the world since our company was founded. In spite of our own transport, we attract more than 7000 carriers, both from Ukraine and from other European countries. Moreover, their numbers are constantly increasing, both quantitatively and geographically. We have signed agreements with all the biggest carriers of sea, air and railway transportations. 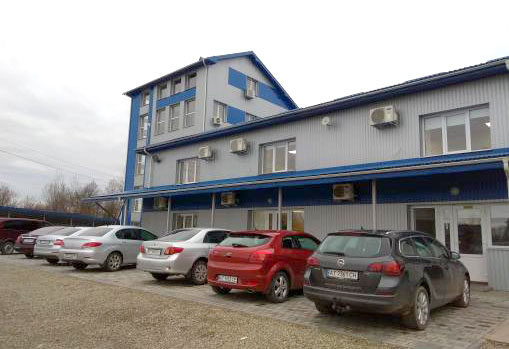 We are proud that relationship with our partners has come out of a purely business plane. We feel incredible joy and exaltation when partners not only thank us for the qualitative provided service, but emphasize that we provide absolutely another kind of logistical services in which friendly partnership prevail over financial relationships.

All these achievements would not be possible without our devoted workers who are ready to work 16 hours a day to achieve setted goals. Private Enterprise “RIO-TRANS” does not stand still. We are rapidly developing together with our clients, and trying to be the best in all spheres of our business. We have a great team spirit. We often get together for all kinds of corporate events and travels.

We want our company to be a big family, where with the support of colleagues people achieve an incredible level of success.

Our main principle is Success through partnership! 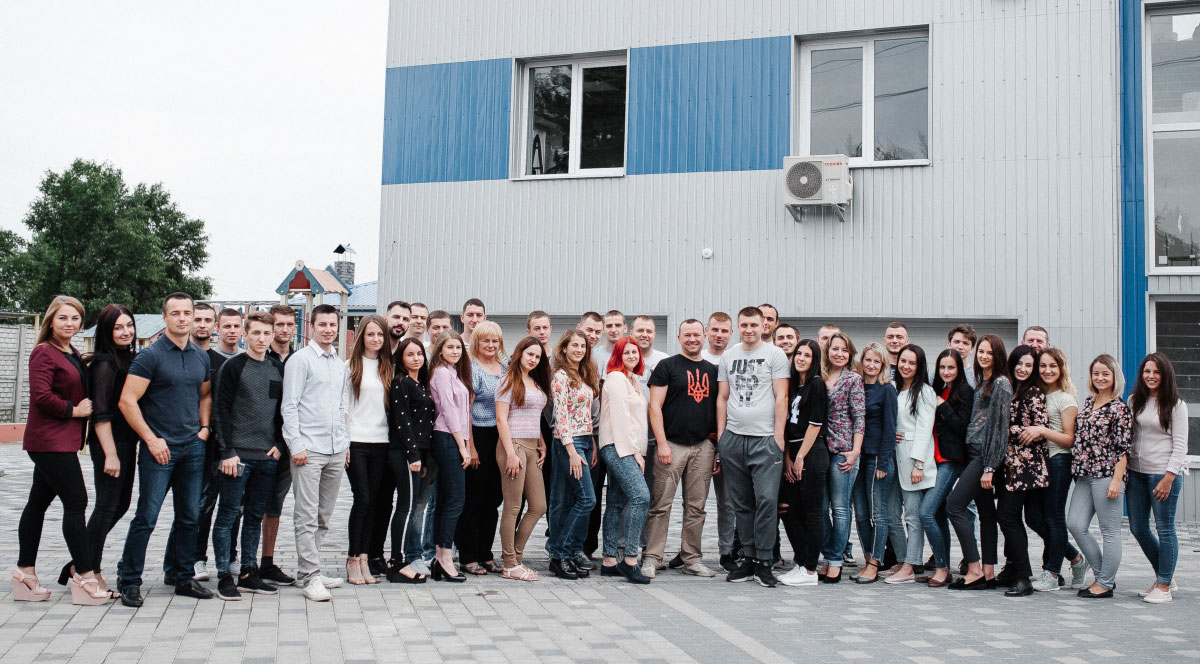 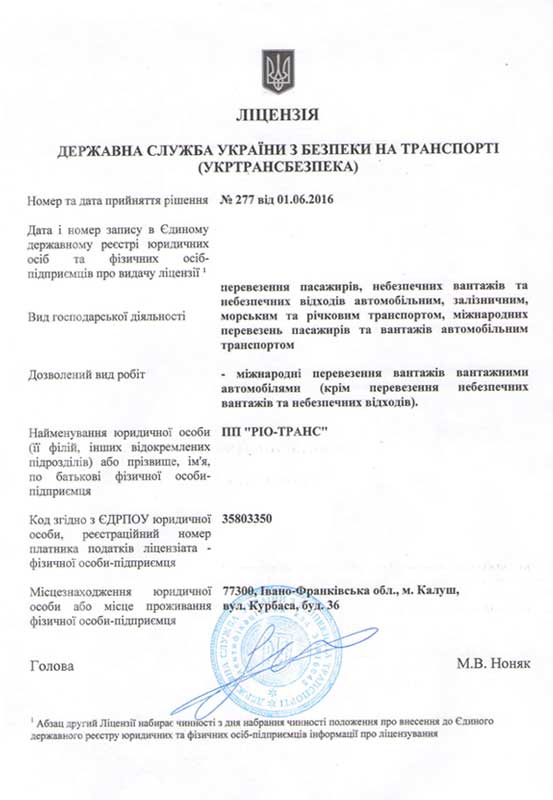 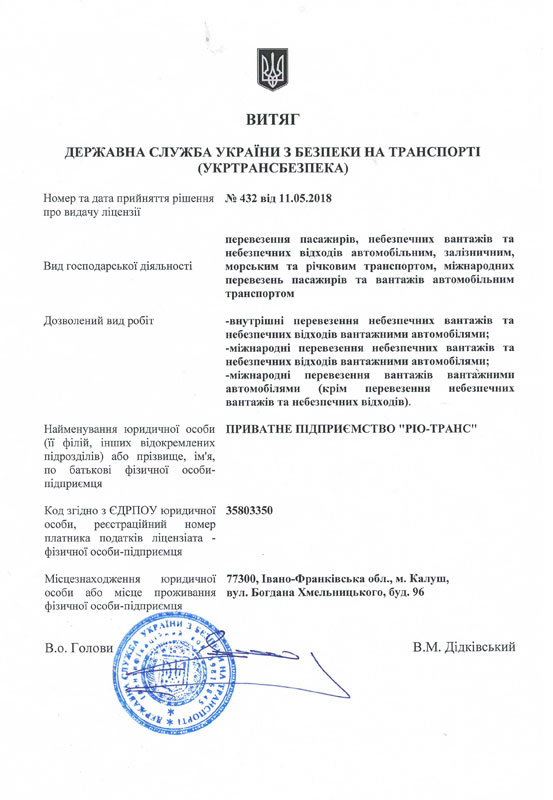 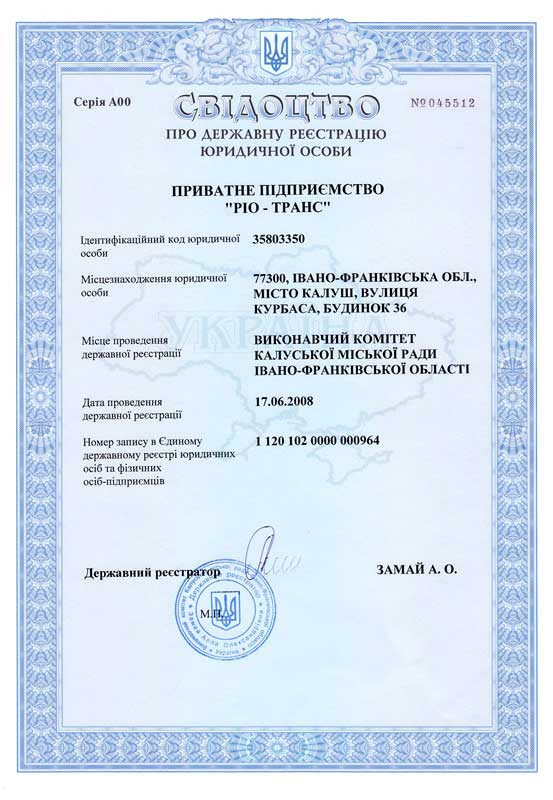 Certificate of registration of a legal entity 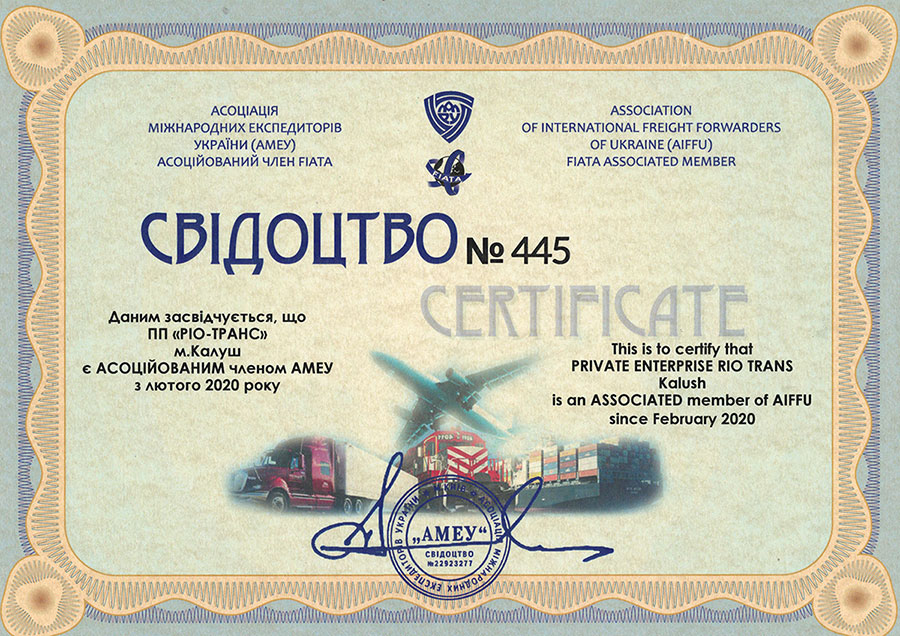 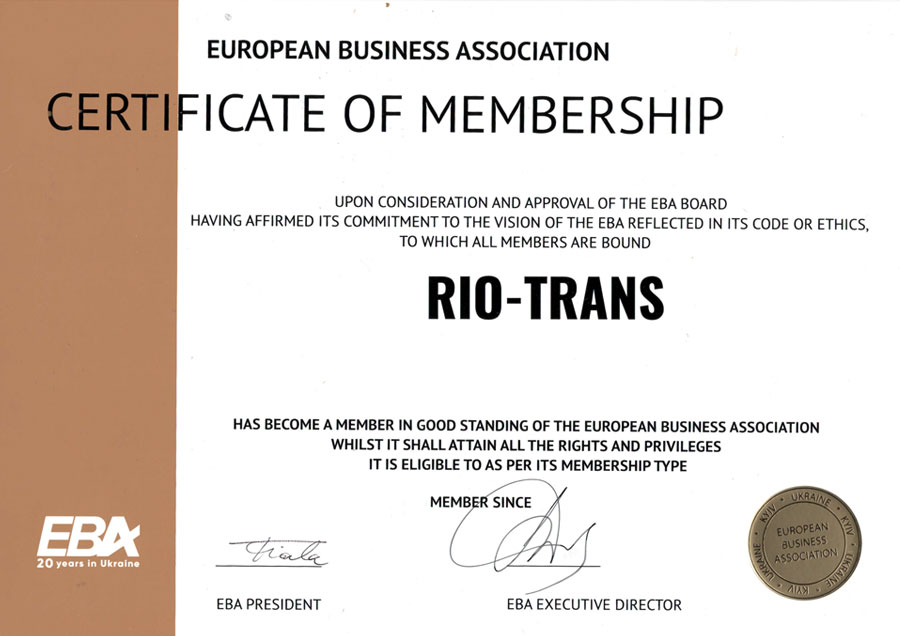 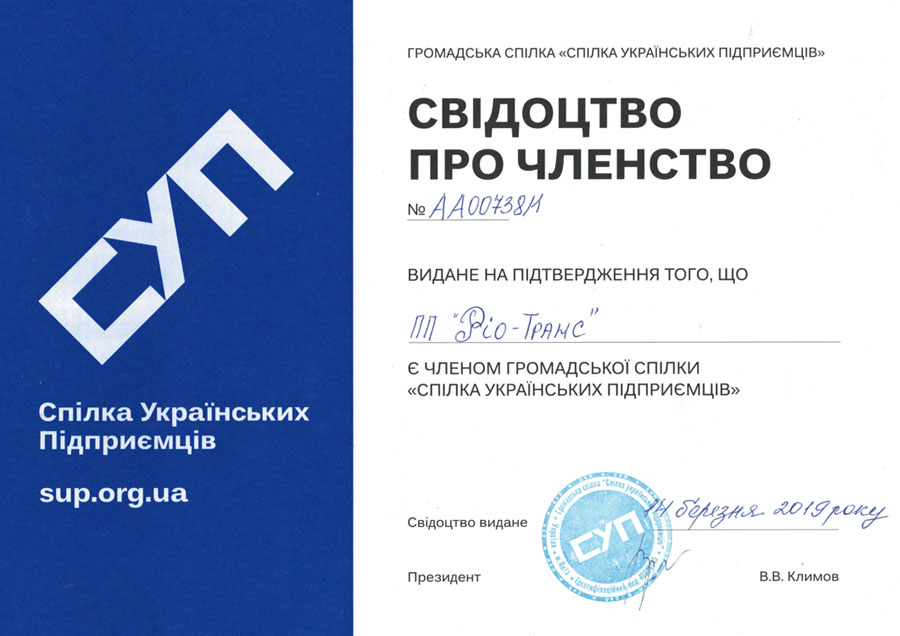 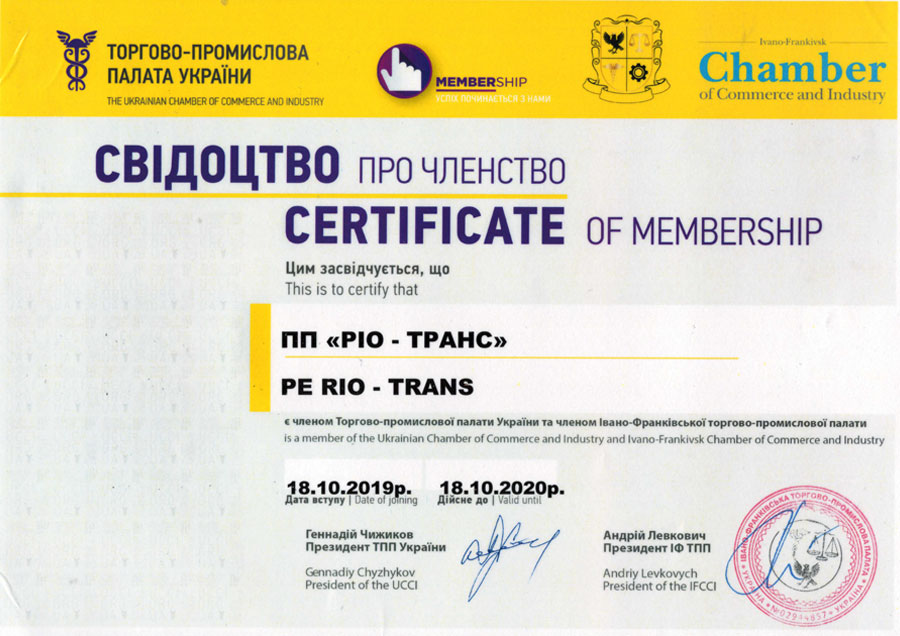